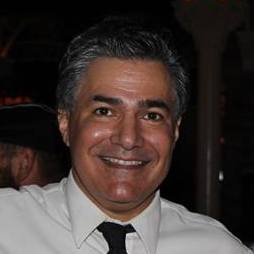 Single or Married/Sig Other?
Single

What your main purpose in joining? Social, networking, both, expand interests, learn business skills, find employment, or.... ?
Looking to help Companies and Indviduals reduce their health insurance costs, increase their benefits and thrive in the confusing world of Health Care Refrom.

Optional: Description of your business. What do you do, how does it benefit people and who is a good referral for you? You can also create a more extensive profile in GROUPS!
Families and Individuals: Being THEIR Insurance Agent. I work for them, NOT the Insurance companies!

How did you HEAR/LEARN about the Connections Groups? If it was through a member or person... what is their name? (Give them KUDOS/Buzz!)
Teri Siciliano

Do YOU need Health Insurance?

Today not Everyone has Health Insurance.

Some have tried but not found an affordable solution. Others have been blocked from the care they need due to pre-existing conditions.

Yet others just put it off, allowing the many needs of the day and desires such as the new big Screen HDTV come first.

So the question arises, Do You Need health Insurance?

If you are currently breathing the answer is a resounding YES.

“According to a recent Harvard study, an astounding 62% of all personal bankruptcies filed in the U.S. in 2007 were caused by medical problems.” http://www.investinganswers.com/a/top-10-tuesday-causes-bankruptcy-and-how-avoid-it-1124

My mentor in the Insurance business knew the value of having a QUALITY Health Insurance Plan. He developed Diabetes in his forties. Although he tragically passed too young, he credited having a Strong Major Medical Health Insurance plan in place, WELL BEFORE his diagnosis, with allowing him to live as long and as well as he did.

I well remember his telling about an experience he had in the hospital. Having suffered a poisonous Spider bite, he was being given IV after IV of a new and very effective medication. The cost was about 1500 dollars each bag. He asked what would have happened if he was admitted without Health Insurance. He was told, that they would have to find a less expensive medication and hopefully it would work.

Even the film Sicko by Michael Moore tells the story of a man who had to sacrifice one of his fingers due to medical Costs.

“the film also tells the story of an American who accidentally cut off two of his fingers with a saw.

Regardless of your feelings about Michael Moore, this is a powerful example of the personal cost of lacking Health Insurance Coverage.

Please don’t wait. All too often I speak with people who put off buying Health Insurance. Eventually the odds are that one day they will suffer an UNEXPECTED Illness or Injury, only to suffer financially, physically and emotionally with the devastating personal cost of lacking a Quailty Health Insurance plan.