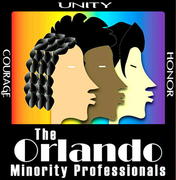 
Go here to register:
http://ompn-networking101.eventbrite.com/
The Orlando Minority Professionals present: Networking 101
This conference is for everyone. If you've been networking for years or even if you're just getting started, this networking conference has something for you. Join the OMPN as experts in networking cover all areas of this business tradition. From the art of face-to-face interaction, to maximizing the potential of your online social network.

The Symposium will be held on Saturday April 10th from 9:00-3:00pm at The Courtyard Marriott on International Drive. This day will include workshops on networking skills and styles, as well as a keynote address from Vel Johnson, CEO of Vasaj Communications.

Vel will be giving our keynote address outlining steps and styles to preparing for the networking adventure.

Workshop:
Tiffanie Tillman, CEO of The Virtual Professionals and one of Forbes' Top 30 Women Entrepreneurs on Twitter

Tiffanie will be instructing on how to unleash the unprecedented power of Social Media, including LinkedIn, Twitter, Facebook, Blogging, and others to increase sales and improve your business.

Earl will be teaching details on how to make the most of out of face-to-face interactions, and how to create long-lasting mutually benefical relationships.

This event is NOT to be missed!!! See you all there!

RSVP for THE SYMPOSIUM - NETWORKING 101 to add comments!