Why You Should Never Pay for Online Dating Sites

Why You Should Never Pay for Online Dating Sites
April 7th, 2010 by Christian of OKCupid.com
reposted from: http://blog.okcupid.com

Today I'd like to show why the practice of paying for dates on sites like Match.com and eHarmony is fundamentally broken, and broken in ways that most people don't realize.
For one thing, their business model exacerbates a problem found on every dating site:
Women get too many messages from bad matches.
Men get far too few replies.
For another thing, as I'll explain, pay sites have a unique incentive to profit from their customers' disappointment.
As a founder of OkCupid I'm of course motivated to point out our competitors' flaws. So take what I have to say today with a grain of salt. But I intend to show, just by doing some simple calculations, that pay dating is a bad idea; actually, I won't be showing this so much as the pay sites themselves, because most of the data I'll use is from Match and eHarmony's own public statements. I'll list my sources at the bottom of the post, in case you want to check.

The "20 Million Members" Paradox
eHarmony claims over 20 million members on their homepage, and their CEO, Greg Waldorf, reiterates that number regularly in interviews. If your goal is to find someone special, 20 million people is a lot of options—roughly a quarter of all singles in the U.S. This sounds awesome until you realize that most of these people can’t reply, because only paying customers are allowed to message.
So let's now ask the real question: of these 20 million people eHarmony claims you can flirt with, how many are actually able to flirt back? They closely guard their number of paid subscribers, with good reason. Nonetheless, we are able to deduce their base from known information. We'll give eHarmony the highest subscribership possible.
We'll start with their yearly revenue: $250M in 2009 as reported by the industry analysts at Piper Jaffray and CNBC2. 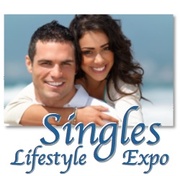 Since eHarmony charges users by the month, we'll divide that big number by 12 and, rounding up, get $21M.
Now all we need to know is how much the average user pays per month. If we divide that into the $21M they make, we know how many subscribers they have. Their rates run this gamut:
$19.95 per month, for a 12-month subscription
$29.95 per month, for a 6-month subscription
$59.95 per month, for 1 month at a time
From those numbers, we can see that they have somewhere between about 350,000 and 1,050,000 subscribers (the lower number supposes everyone is month-to-month, the higher supposes everyone is yearly).
To continue article...
http://interestingreads.posterous.com
NOTE: I linked to the article on a new site.  Match.com bought OKCupid.com for $50 million and, of course, they took the article off the site since it exposed the "sham" that is Match.com.   Right now, at least, OKCupid IS still free to join.
OKCupid.com is my favorite online dating site. It's free, and whether you meet anyone great or not, their questions, tests (try the "Personality Defect" test - it will crack you up) and articles (like this one you are reading - found in the "Toy Bin") will keep you laughing and entertained for hours. I think I read that OKCupid was designed by a bunch of Harvard math dudes. If it wasn't... it sure reads like it was. They are analytical AND funny - I love these guys!
Get your own FREE "OKCupid" profile...
seriously - no strings!  At least - for now :~)  (Sign Up)
.

Comment by Lynn Emlaw on May 30, 2010 at 12:59pm
I can attest to the overload of bad match (nicely putting it) emails received on different dating sites OKCupid makes it fun to create your profile, and you will enjoy answering the personality questions that reveal "you" to yourself! Have fun and enjoy getting a date, not a lame-brain!

Comment by Sue Copening on September 30, 2011 at 9:43pm
i agree Lynn.  I've met several very nice men through OK Cupid, but even if I didn't, it is loads of fun just spending time on their site.  The "Personality Defect" test is a reward unto itself - what a hoot!  I'm officially "annoying" by the way.