People, Not Corporations. Something we can all believe in?

While conservatives and liberals differ on how things should be done politically, one thing that most of us agree on, and share, is our fear that corporations are now running the country, tax dollars are going into corporate pockets instead of into programs like education for our kids, paying down the national debt, infrastructure and cleaner energy sources.
Are the days really gone when the government is looking out for the PEOPLE?
Is "for the people, by the people" a dead concept in America?
Are you willing to put your future, your kids future, in the hands of corporations like, for instance, Enron? Madoff Investments? Goldman Sachs? Do you trust corporations to have your best interests at heart?
"The Corporations Already Outspend The Parties," The Atlantic, February 1, 2010
http://www.moveon.org/r?r=87753&id=19997-9300304-RhJ89hx&t=9 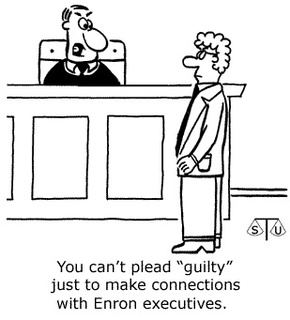 The recent Supreme Court decision giving corporations UNLIMITED spending power in an election tells us this is so. No longer will the votes of the individual really matter, as corporations can spend billions convincing the "sheeple" to vote against their own self interest and for the interests of the corporations that keep this country enslaved by debt, lack of good education and opportunity, and lack of health care options.

To that end... I'm posting here a letter I received from MOVEON..

This is an unusual email, to ask for your help in launching what may be MoveOn's most important campaign ever.

It's pretty clear that the fundamental change we all want will be impossible until we end the stranglehold that big corporations and lobbyists have on our democracy.

Dreaming of a clean energy future? Dream on. Thanks to the energy companies, legislation being debated in the Senate right now would actually expand nukes, offshore drilling, and coal.

Want to make sure every job pays a living wage and that all workers can choose the protection of a union? Probably impossible, as long as the U.S. Chamber of Commerce spends nearly $150 million per year on lobbying alone—not even counting campaign contributions.1

How 'bout closing the widening gap between the rich and the poor? How 'bout investing enough in education so every child gets a decent education and every family can afford college? How 'bout making workplaces really work for people with families, including paid sick leave and parental leave?

Right now these proposals would get you laughed out of the room in Washington. Because they all face overwhelming opposition from powerful, entrenched interests.

That has to change. So, after consulting with thousands of MoveOn members, we've made a decision: to launch a massive campaign to fix our democracy and put "We the People" back in charge.

It's a hugely ambitious idea. It won't be done this year, or next, though I think we can make real progress quickly.

The first step is to bring together millions of people who share our frustration with business as usual in Washington. Change this big will require an honest-to-God people's movement, and this is the right moment for it. There is overwhelming voter anger right now, and the number of people who believe that lobbyists and special interests hold sway is literally without precedent.

The next step is to start kicking out the politicians in both parties who are carrying water for the big banks, the insurance companies, and other lobbies.

This election will be a key moment for that, and we've already begun with the Senate primary in Arkansas. But politics is too warped by big money for this strategy to work on its own.

So we're also going draw up a bold blueprint for renewing our democracy: a sweeping set of new rules to limit the influence of big money, corporations and lobbyists. We'll use the approaching election as a lever, to get candidates committed to these reforms—or publicly shame them for siding with Wall Street and other special interests (something few can afford, in this political climate).

We'll make the influence of corporations and lobbyists a key issue in the election and emerge with a mandate to rewrite the rules of our democracy to put regular people back in charge.

It's a bold, ambitious plan. And we can only launch it if all of us who are frustrated and believe things could be different come together to do it. If we can raise $500,000 this week, we can get this going in time to have a major impact before the elections.

I won't lie. This will face enormous opposition. And take years. But it's the only way we'll ever build the America we all know is possible, with real freedom, opportunity, and shared prosperity.

And as hard as it is to imagine a political system not dominated by powerful interests and corporations, it must have been equally hard to imagine an end to slavery, when slavery was the basis of the whole economic system.

Or any of the other revolutions that progressives before us dreamed of, and then made reality. Now it's time to do it again.

To be a part of this and set up a small, monthly donation to get it going...

Together, conservatives, libertarians, tea party members, moderates, federalists and progressives can work together on the ONE issue that all agree with...

We want our politicians to work for US, the people - not corporations

We want our VOTES to matter.

It matters not whether you believe in gun control, health care reform, regulation, deregulation, evolution, gay marriage, separation of church and state, etc.

If we don't take America back from CORPORATE interests, any debate on those topics is a moot point as we have no real control or input.

That want you to believe that what is good for the corporations, is good for the state, is good for you. Would you put your fate and freedom in the hands of, for instance, Enron? Madoff Investments? Goldman Sachs? Is this what you believe?

1. "The Corporations Already Outspend The Parties," The Atlantic, February 1, 2010