The Truth About Protein, Muscle and Weight Management

Following is an article from MEN'S HEALTH magazine. Note that Dr. Donald Layman is the same Dr. Layman that recently designed the MetaboliQ weight management system for Qivana and is the winner of the 2009 Nutrition and Metabolism Leadership Award as well as the Shannon Award from the National Institute of Health.

Muscle creates the metabolic furnace that burns FAT. If you want to lose weight... focus on building MUSCLE and the fat will drop off naturally. You can get results on your own, with just changes to how you eat, however the Metaboliq program by Dr. Layman acts as a 90 day "jumpstart" system to get you faster results. Metaboliq is the LEAST expensive of any weight management system that utilizes meal replacement.... in fact it's actually cheaper than meals so I take shakes to work to save money.
Click for MetaboliqCostComparison.pdf.
to see how the Metaboliq system compares to other meal replacement systems.
Click for the SCIENCE & RESEARCH (pdf):
METABOLIQ Whitepaper & Research
FREE Video and more info:
Shake Yourself Slim - Dr. Layman Video
More info: 407-443-0348 (I use this)
The Truth About Protein

If you are what you eat, what does that make a vegan? A string-bean, milquetoast kind of a guy? Of course not—and renowned strength coach Robert dos Remedios, a vegan, is strong evidence to the contrary. Really strong.

But most men eat animal products. And we really do become what we eat. Our skin, bones, hair, and nails are composed mostly of protein. Plus, animal products fuel the muscle-growing process called protein synthesis. That's why Rocky chugged eggs before his a.m. runs. Since those days, nutrition scientists have done plenty of research. Read up before you chow down.


Think big. Most adults would benefit from eating more than the recommended daily intake of 56 grams, says Donald Layman, Ph.D., a professor emeritus of nutrition at the University of Illinois. The benefit goes beyond muscles, he says: Protein dulls hunger and can help prevent obesity, diabetes, and heart disease.

How much do you need? Step on a scale and be honest with yourself about your workout regimen. According to Mark Tarnopolsky, M.D., Ph.D., who studies exercise and nutrition at McMaster University in Hamilton, Ontario, highly trained athletes thrive on 0.77 gram of daily protein per pound of body weight. That's 139 grams for a 180-pound man. 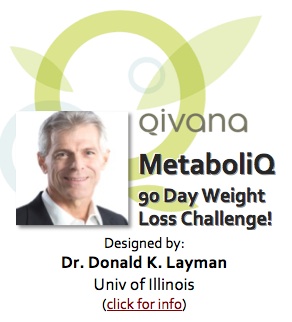 Now, if you're trying to lose weight, protein is still crucial. The fewer calories you consume, the more calories should come from protein, says Layman. You need to boost your protein intake to between 0.45 and 0.68 gram per pound to preserve calorie-burning muscle mass.

And no, that extra protein won't wreck your kidneys: "Taking in more than the recommended dose won't confer more benefit. It won't hurt you, but you'll just burn it off as extra energy," Dr. Tarnopolsky says.


It's Not All the Same


Many foods, including nuts and beans, can provide a good dose of protein. But the best sources are dairy products, eggs, meat, and fish, Layman says. Animal protein is complete—it contains the right proportions of the essential amino acids your body can't synthesize on its own.

It's possible to build complete protein from plant-based foods by combining legumes, nuts, and grains at one meal or over the course of a day. But you'll need to consume 20 to 25 percent more plant-based protein to reap the benefits that animal-derived sources provide, says Dr. Tarnopolsky. And beans and legumes have carbs that make it harder to lose weight.

So if protein can help keep weight off, is a chicken wing dipped in blue-cheese dressing a diet secret? Not quite: Total calories still count. Scale down your fat and carbohydrate intake to make room for lean protein: eggs, low-fat milk, yogurt, lean meat, and fish.

But remember, if you're struggling with your weight, fat itself is not the culprit; carbs are the likely problem. Fat will help keep you full, while carbs can put you on a blood-sugar roller coaster that leaves you hungry later.


"At any given moment, even at rest, your body is breaking down and building protein," says Jeffrey Volek, Ph.D., R.D., a nutrition and exercise researcher at the University of Connecticut. "Every time you eat at least 30 grams of protein," Layman says, "you trigger a burst of protein synthesis that lasts about 3 hours."

But think about it: When do you eat most of your protein? At dinner, right? That means you could be fueling muscle growth for only a few hours a day, and breaking down muscle the rest of the time**, Layman says. Instead, you should spread out your protein intake.

** NOTE: Muscle is the metabolic furnace that burns fat.

If you are trying to lose weight, you must maintain healthy muscle.

Your body can process only so much protein in a single sitting. A recent study from the University of Texas found that consuming 90 grams of protein at one meal provides the same benefit as eating 30 grams. It's like a gas tank, says study author Douglas Paddon-Jones, Ph.D.: "There's only so much you can put in to maximize performance; the rest is spillover."

Eating protein at all three meals—plus snacking two or three times a day on proteins such as cheese, jerky, and milk—will help you eat less overall. People who start the day with a protein-rich breakfast consume 200 fewer calories a day than those who chow down on a carb-heavy breakfast, like a jam-smeared bagel. Ending the day with a steak dinner doesn't have the same appetite-quenching effect, Layman says.


Every guy in the gym knows he should consume some protein after a workout. But how much, and when? "When you work out, your muscles are primed to respond to protein," Volek says, "and you have a window of opportunity to promote muscle growth."

Volek recommends splitting your dose of protein, eating half 30 minutes before the workout and the other half 30 minutes after. A total of 10 to 20 grams of protein is ideal, he says. And wrap a piece of bread around that turkey, because carbs can raise insulin; this slows protein breakdown, which speeds muscle growth after your workout. Moreover, you won't use your stored protein for energy; you'll rely instead on the carbs to replenish you.

One study, published in the American Journal of Clinical Nutrition, pinpointed 20 grams as the best amount of postworkout protein to maximize muscle growth.

You're doing this because resistance exercise breaks down muscle. This requires a fresh infusion of amino acids to repair and build it. "If you're lifting weights and you don't consume protein, it's almost counterproductive," says Volek.

Protein also helps build enzymes that allow your body to adapt to endurance sports like running and biking.


Powders are for Everyone


Everyone—not just muscleheads—can benefit from the quick hit of amino acids provided by a protein supplement, bar, or shake. Your best bet is a fast-absorbing, high-quality kind like whey protein powder (derived from milk): "It appears in your bloodstream 15 minutes after you consume it," Volek says.

Whey protein is also the best source of leucine, an amino acid that behaves more like a hormone in your body: "It's more than a building block of protein—it actually activates protein synthesis," Volek says. Whey contains 10 percent leucine while other animal-based proteins have as little as 5 percent.

Casein, another milk protein sold in supplement form, provides a slower-absorbing but more sustained source of amino acids, making it a great choice for a snack before you hit the sack. "Casein should help you maintain a positive protein balance during the night," says Volek.

Building muscle while you sleep? Thanks to protein, anything's possible.

I've lost 26 pounds so far with Qivana. This NEW program, METABOLIQ, is a HEALTHY and guaranteed weight management system designed by AWARD WINNING Scientist... Dr. Donald K. Layman of the University of Illinois after 30 years of research into the metabolism, sports nutrition, protein metabolism, amino acids and obesity. Good for athletes AND those of us that want to build muscle and burn fat!

NOTE: It was Dr. Layman's research that targeted Leucine as the most important amino acid in protein.

And here is another bit on Amino Acids. If you work out, or if you are a Vegetarian, you will probably want to take an Amino Acid supplement... but read to see if you fit the criteria...

A: Steak and eggs, anyone? "Eating healthy is the best choice," says Donald Layman, Ph.D., a professor of nutrition at the University of Illinois. Your body utilizes 22 different amino acids, 13 of which it produces itself. The other nine, called essential amino acids, come from the protein you eat. Meat, dairy, and eggs provide all of these in the correct ratio. Still, the recommended allowance isn't really enough for an active man, especially if you're trying to build muscle. So this is where supplements come in, right? Not necessarily. If you think you're not getting enough high-quality proteins spread throughout the day, consider taking a supplement. But don't overdo it -- an improper dosage risks ineffectiveness at best and side effects like rashes and depression at worst, Layman says.

Comment by Sue Copening on June 8, 2010 at 10:26am
Sure thing. The thing I like about Qivana is that they went to the TOP Doctors in the US in their fields. I have lost 25 pounds on Qivana and "cured" an auto-immune disorder I had. Now I'm healthier AND skinner! whee hee! If you have questions... call me: 407-443-0348. OH... and if you look at COST... Dr. Layman's Metaboliq is the LEAST expensive of any weight loss system that uses "meal replacement" as part of it's strategy. AND it's way HEALTHIER. I'm going to go have a shake for breakfast right now!