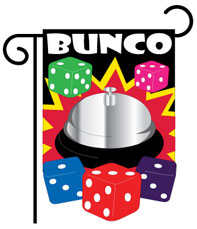 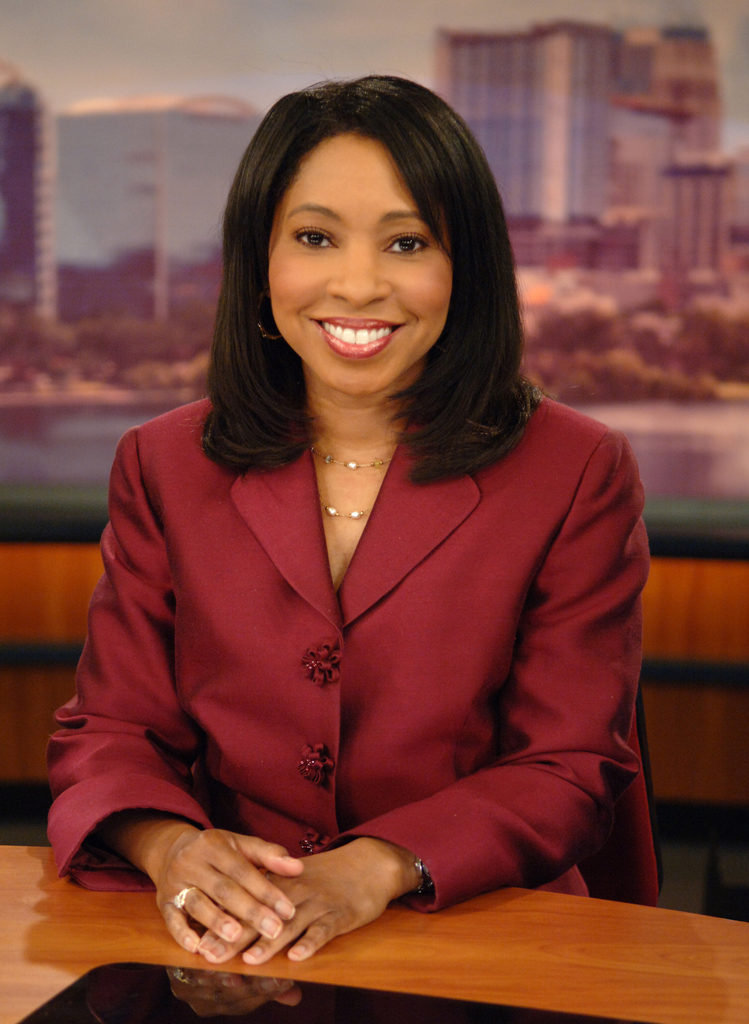 Ladies all are welcome. If you happen to have a business, you can have your logo on print material, radio and television. All you have to do is pay $40 bucks and sign up to play BUNCO!

We are getting ready for Breast Cancer month in October. Florida's largest BUNCO FOR CHARITY GAME! We want to raise $7,500 for breast cancer by playing Bunco. We will host 5 BUNCO Charity Games between now & October. Great prizes, entertainment at each game and lot's of fun. $40 to seat in a game. 100% after prize and set up fees will go to the Breast Cancer Research Foundation. All ladies that own businesses will get their logo on promo material and advertised on the radio and television.

We will have a total of 5 grand Bunco events throughout the summer. and all the winners will come together for the final game playoff in October. Great Prizes will be offered.

We are looking for Central Florida Business women who would like to have your logo and business information on our printed material and you will be announced on our radio show. Here are our first dates of events.

All is invited even if you have never played Bunco. SIGN UP HERE!
ABOUT BUNCO

Bunco is a dice game played by primarily women. It is very popular. For more information about Bunco go to Google.
Shelley Costello is hosting six Bunco championship games for charitable organizations and is currently seeking players. Bunco will be taught
the day of the event 15 minutes before games. Beginners and pro's are
welcome. Cash prizes and other prizes will be awarded. Our proceeds
will go to breast cancer research.
Our Social group Bunco fun games are held in the Winderere area every month at Monthly Bunco sponsored by the Orlando Ladies Social Group. You can go to the group and RSVP to attend any of our Bunco parties.
Guests in attendance and those not, are asked to contribute $40 to the charity to play on the Bunco team
Our first two events will be held on August 14, 2010 and September 18, 2010

Robb & Stucky Furniture and Interior Design
www.robbstucky.com
351 S State Road 434
Altamonte Springs, FL 32714
(407) 682-3700
Those new to Bunco are given an orientation, and the fun begin We play 8 full rounds of Bunco.
We would like raise over $7,500.00 Additionally, some lucky participants won monetary prizes for various categories, such as the
most wins, the most losses, etc.
Bunco is to ladies what poker is to men: a fun night out with friends! Chances are that every weekend there is a Bunco party going on
somewhere, with women friends gathering to chat, win a little cash, and
yell out, "Bunco!"
Bunco is a traveling dice game, so as each round is played, the ladies will move back and forth between Bunco tables depending on whether they win
or lose. Each round is played in partners with the combination of
partners changing throughout the night.
What is needed to Play Bunco?
A Bunco party needs:
• Twelve fun ladies
• Three tables, four ladies at each table
• 3 dice at each table, nine total
• Scorepads
What is Bunco?
The goal during each player's turn is to roll the “point” number for that round, starting with the number 1, then 2 and so forth, through the
number 6. Partners and teams will take turns rolling the three dice,
continuing to roll as long as they roll the point number on at least
one die. Their turn ends when they don’t roll the number, at which
time, the dice is handed to the other team. Each time the number is
rolled, a point is earned by the team. When the head table's score adds
up to 21, the round is over and all players move to the next point
number.
An Example of Bunco Play
First, all players ante up for the night.
* The first player at each table rolls all three dice, trying to roll the "point" number. In the first round, she tries to roll a "1"
and if successful, her turn continues.
* If she doesn't roll a "1", her turn is over and points are recorded (one point for each "1" rolled) The dice moves clockwise to
the other team's player.
* Play continues around the table, alternating between players and teams with each player trying to roll "1's" until head table calls
round over
* Scores are compared, and a win or a loss is marked on their scorecard.
* Teams either move or stay at table, depending on whether they won or lost.
* Once everyone is positioned at their appropriate table for the next round, teams switch partners and all players try to roll the next
number which would be ""2", then "3", then "4", etc.
* Once all six numbers have been played, the first of four quarters has ended and game play starts over with the number "1" again in the
second quarter.
Bunco!
When someone rolls the round's point number on all three dice, they score a "Bunco", which is worth 25 points, and the player yells “Bunco!”! Total
Buncos are tallied at the end of the night and the player with the most
buncos is one of the winners with a payout.
Table Progression
One of the tables is the head table, seating the players who have worked their way to the top, the loser table seating the ladies have slid to
the bottom, and the center table with ladies working their way up the
ladder. It take two wins to make it to the head table. Here is the
table progression:
* Bunco Head Table – Winning team stays at Head Table, losing team moves to Loser Table.
* Bunco Middle Table – Winning team moves up to Head Table and losing team stays at Middle Table.
* Bunco Loser Table – Winning team moves up to Middle Table, and Losing team stays at Loser Table.
Bunco Prizes
When all rounds are played, players tally their Bunco results. They count total wins, losses, and Buncos. Cash or prizes are given to the winners
of certain categories agreed upon by the Bunco members. They usually
are:
* Most Buncos
* Most Wins
* Most Losses
* Final Bunco
(Usually a player can only win one prize and in case of a tie the two players have a roll off.)
Bunco Game Variations
With group agreement, additional rolls can be counted as points:
* Three of a kind = 5 points
* A straight (three sequential numbers) = 5 points
What if the Bunco Group is Short a Player?
No problem! Bunco can be played with a "ghost" in place of the missing person. The ghost becomes partner with other Bunco players and moves
table to table according to the team's result. When it is the ghost's
turn to roll the real players will roll for her.
Bunco nights are an inexpensive way for female friends to enjoy each others company and play a fun game.
Do you love playing games? Receive email alerts when new articles are available. Click on the subscribe button above to sign up!