Old fashioned Networking is
THE New-Fangled Career Booster
… Employed and unemployed alike are rediscovering the benefits of getting out and shaking hands.

In an uncertain economy and job market, an old fashioned strategy still reigns supreme, as more and more professionals are going back to the basics by just getting out there and meeting people.

“You hear a lot about ‘web 2.0.’ social media, twitter and other online resources,” says Karen Battoe, a local career/success coach and host of the radio show “Career Advice Plus.” “Certainly these resources can be a valuable tool. But nothing beats shaking hands and meeting people face to face.”

Entrepreneur.com reported in a recent study that referrals make up 70% of new business, so why should it be that much different when it comes to the job market and the career world? After all, it's all about "selling," that is, selling yourself, your skills, your talent.

In this economy there is a lot of job uncertainty for everyone. According to an Associated Press poll, more than 50% of American’s are worried about losing their jobs.

If you are currently employed, the best way to solidify your position in the company is to increase your value to the company. Just because someone is not in the “sales and marketing” area doesn’t mean they can’t get out there and bring in leads for new business.

When I was younger and worked in an administrative position I would attend Chamber of Commerce events because I enjoyed socializing. Of course I would generally get 2-3 good leads for my company and I would then turn those over to the Sales Manager for follow up. This eventually led to the company expanding my role to include part time sales and I earned the right to make commissions on top of my salary.

There’s an old saying in business… “You’ll never get paid more for what you do, until you do more than what you get paid for.”

Think about it from this angle… Pretend you are a manager that’s been told you need to lay off a position in the company to reduce payroll. If you have three people that are candidates for dismissal, and one of those people has been bringing in leads and business for the company, making your own job more secure, ...which one of these folks would you be sure to KEEP? Many companies are struggling right now and being seen as a “team player” who is going the extra mile to generate revenue is a very, very smart move.

Another perk to “networking” is that, in these times of salary freezes, being seen as a “rainmaker” for your company allows them to justify making an exception for you and gives you leverage during the salary/review process.

But what if you have lost your job already? Answer: Networking, networking and more networking.

“When I’m coaching people about their careers, or a job loss, I sometimes have to ask them… ‘how bad do you want this?’ ..says Karen Battoe. “Psychologically, the biggest fears that most people have are… fear of change, fear of rejection and fear of the unknown. Unfortunately the nature of being unemployed encompasses all three of these fears and can keep people glued to the couch or hiding out in their “caves.” It’s imperative that people quit doing the same things over and over again that are NOT working and start doing something different; using the creative side of their brain and getting out of their comfort zone.”

When it comes to the job search there can be hundreds or thousands of applicants lined up at the door trying to get in. If you are creative you can beat them to the punch by going around back and climbing in a window. Not literally, of course, but metaphorically.

I recently met 3 unemployed management professionals at a networking event that showed up armed with business cards and resumes. There is no stigma to being unemployed, and folks will want to help you.

Networking has been shown to cut the search time for a new job by 30%, on average. So get out there and attend networking events, find out what people do, who they know, and be clear about your situation, your skills and what you are looking for. Ask people if they know of a company that could be a good fit for you. Follow up after to chat with them more. It’s a “Kevin Bacon world” – everyone knows people, who know other people. 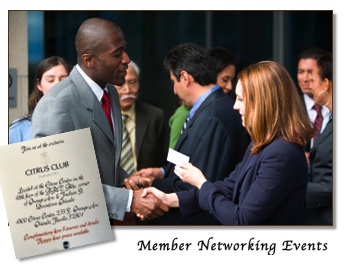 Being “referred” into a job greatly increases your chances of landing that job because, often, you will be talking to the company before they have even advertised the position (no “line at the door.”) They have a great incentive to hire you before going to that expense. Time is money too, and they avoid the necessity of interviewing dozens of applicants, a process that can literally cost them thousands more dollars in management man-hours.

Financially you are also advantaged here. If you are referred into a job you automatically have a higher perceived value than someone that responded to an ad, hat in hand. This will likely mean that you'll be offered, or can more successfully negotiate, the higher end of the salary range. Since all raises and bonuses are typically percentages of your current salary, going in at a higher range can result in tens of thousands, or hundreds of thousands, more dollars over the course of your career.

And, when it comes to the “big 3” fears: fear of change, rejection, and the unknown, being referred to a job greatly reduces the last two, making you feel more comfortable and boosting your confidence level.

Networking need not take place only at official networking events. You meet people everywhere and you can seek them out. … be chatty and friendly with people. That person in line behind you at the bank might be married to the CEO of a company that is looking for someone just like you. People love to help other people… just give them a chance to do that for you. 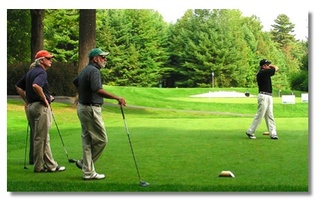 Look to meet the CEO’s, owners and executive’s of companies in places where they hang out. Golf courses and private business clubs offer the opportunity to socialize with the very people you would have difficulty meeting if you were trying to go through their secretary.

Want a real “edge?” Pick up the phone and just call. Remember that, if a particular company is hiring, it could be because their entire industry is doing well. So don’t just respond to their ad… go approach their competitors. You might just hit them at the right moment, or they may be able to refer you to someone else they know.

Recently a friend had success doing just that. She applied for an advertised job but found they had just offered the job to someone else that day. She then called several other businesses just like them and, sure enough, one was just about to post an open position. She got hired immediately. 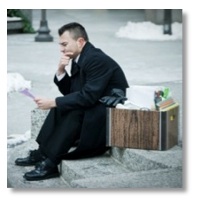 And finally… start networking NOW. You might feel very secure in your current position, but don’t you think that many of the thousands of people who have been laid off in the last year also felt secure in their job the day before they got the axe? Networking has been shown to cut as much as 30% off the average time to get re-employed. So start building your network of contacts and connections now. Having a “Plan B” in place will make you feel so much more confident about the future and, let’s face it, you might just stumble upon your next big “dream” job or an opportunity to launch that business you've always wanted to do. Your "Plan B" doesn't have to be about finding another job. Many people are realizing it's an excellent time to start a part time business. A second income provides a financial cushion now, and gives you a fall back position if needed.

TOP TEN TIPS: To learn some Networking strategies and tips from Dr. Ivan Misner, Founder of BNI - Business Network International (the largest business networking group in the world), click for the BLOG.


About the author: Sue Copening is a public speaker, entrepreneur and founder of Connections Groups, the largest business networking and social organization in Orlando and Central Florida. 407-443-0348