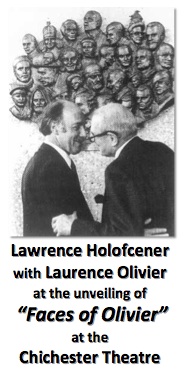 He and his wife, Julia, have lived in Europe for the past 15 years, where Mr. Holofcener produced many life-size monuments. Among them are Allies - Churchill and Roosevelt - in London; Thomas Chatterton, William Penn and William Tyndale in Bristol, England; Faces of Olivier at the Chichester Theatre, UK, and Thomas Paine in Bordentown, NJ.

While living in the south of France, he was given two prestigious exhibitions of his sculptures and paintings, which led to a documentary on his professional career, to be released next year.

Mr. Holofcener’s varied career began in New York where he wrote for the fabled Show of Shows, on NBC-TV, starring Sid Caesar.

He collaborated on several Broadway musicals and plays, among them Mr. Wonderful, introducing the great talents of Sammy Davis, Jr. to the world. Mr. Holofcener later starred on Broadway with Carol Channing in Hello Dolly, and in the lead role in Stop the World, I Want to Get Off.

His latest musical, I Don’t Live There Anymore, (www.idlta.com), was featured at the ’93 Spoleto Festival in Charleston, SC, and later toured the state in 2000. 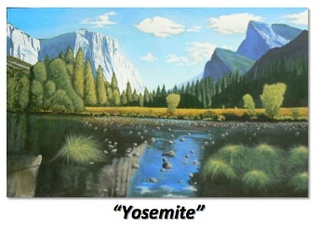 Mr. Holofcener invites the public to visit
his Studio and Gallery at:


Visitors will find him either painting local landscapes or modeling a
life-size portrait of John Lennon from his series Icons of the 20th Century.

Further information may be found at www.holofcener.com

Comment by Amy Wieck on January 12, 2010 at 11:43pm
Welcome to the neighborhood! Are you planning any open houses or opening receptions?

Comment by Sue Copening on February 19, 2011 at 2:29pm
Check out this VIDEO PROFILE of Lawrence on the TV Show - Growing Bolder...