Holiday in the Park - Santa Salutes the Stars 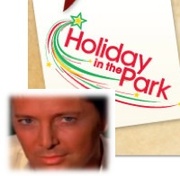 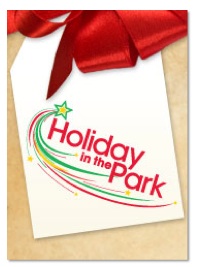 Holiday in the Park
Santa Salutes the Stars

The star line up for "SANTA SALUTES THE STARS" features TWO Connections Groups members and friends...

The fabulous Michelle Valentine (co-host)
AND... the awesome Steph Carse

Steph is performing at 6:00 PM
Originally from Quebec, Steph Carse is a Canadian pop star and a world class performer who now lives right here in Orlando.

When Steph isn't touring Europe, doing a sold out show in Barcelona, Venice or Helsinki, he will perform here, in his new home town.


Other features of Holiday in the Park:

Thousands of residents and tourists will flock to Downtown Orlando in December to experience a multi-week holiday celebration called 2009 HOLIDAY IN THE PARK.

Santa’s elves will be busy this season sharpening ice skates for the new ice skating rink attraction in Lake Eola Park on the International Bridge. The weekends will be special with a Santa’s Farewell Party, Santa Salutes the Stars TV Show and the Nutcracker Ballet.

RSVP for Holiday in the Park - Santa Salutes the Stars to add comments!