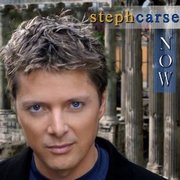 Originally from Quebec, Steph Carse is a Canadian pop star and a world class performer who now lives right here in Orlando. When Steph isn't touring Europe, doing a sold out show in Barcelona, Venice or Helsinki, he will perform here, in his new home town.

It's been a while since Steph has had time to perform locally, so we feel really lucky to get to see him perform live... and for FREE when he turns Caffe Positano into a Italian style supper club.

SO... Saturday night a bunch of folks from Connections Groups, friends of myself (Sue) and Teri Siciliano, are getting together at Caffe Positano to have dinner, hang out and enjoy Stephs' fabulous voice.

We usually get about 20+ people coming out.

YOU are invited to join us!
~ Everyone gets their own checks
~ Please RSVP so we can make reservations.

In Jan '09 Steph's newest song was Number #1 on Amazon's MP3 Downloads under the "vocal" category. CLICK here to see.

To hear more of Steph... visit his web site here: http://www.stephcarse.com
... go to "music" and you'll see a "PLAY" button under his photo that plays song samples.

What folks say about Steph...

“When Steph Carse covers Broadway classics, his vocals and arrangements often outshine those heard on the original recordings. He's blessed with a magnetic personality and the ability to uplift the world with positive music”.
- Paul Larson, Award-winning TV producer/PBS

Steph does a lot of work to support charity. In 1999 he donated a song he wrote and performed for the Special Olympics on an album entitled "Holiday Heroes." Featuring artists like Alan Jackson, Donna Summer, Brooks & Dunn and Kevin Bacon, Steph's song led off the album and raised over $2 million of net profit. Steph received a special honoree badge from the Memphis Tennesse police department for his involvement with The Special Olympics.

Comment by Teri Siciliano on April 20, 2010 at 8:20pm
Steph is more than just a very talented vocalist, he has way of making people around him feel special and that is a great talent. Come and join us and count Steph as one of your friends as well.