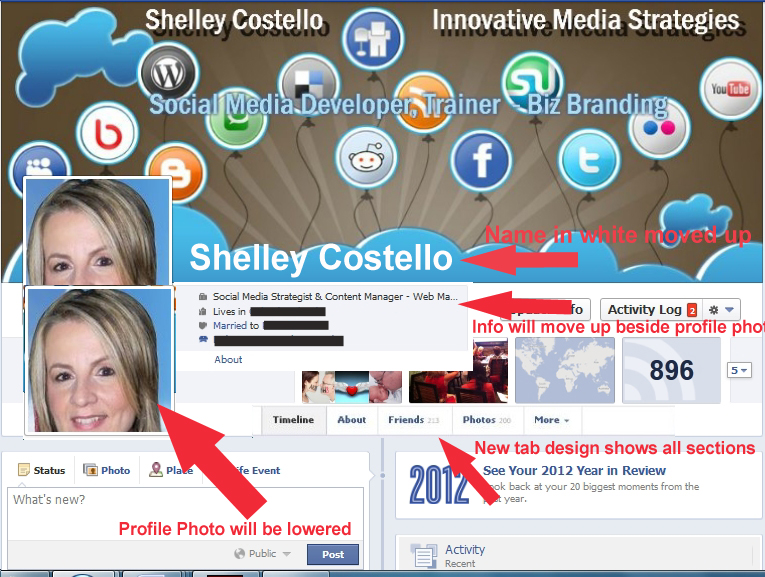 The new single-column Facebook Timeline has arrived for personal profiles… do you have it yet? See my timeline below for changes. Facebook has been quietly testing a new Timeline design, the company has confirmed.

Yesterday Facebook confirmed to ABC News that it’s testing a new Timeline design “with a small percentage of people.” The move, the spokesperson told ABC News, is to “make navigating Timeline even easier.”

According to ABC News, which tested out the new Timeline, the design includes a tabbed look, allowing users to switch between friends, photos, and a person’s About page. In addition, Facebook’s current method of displaying Timeline updates by placing them in two columns has been modified to show updates on the left and friend and photo information on the right side.

Here are some of the changes to come. Read more.... http://www.socialmedianewsblog.com