Be Someone's Hero - Give the Gift of Life...

A Better Way to Get a Kidney

SO Steve Jobs, the chief executive of Apple, may or may not have jumped to the front of the transplant queue in his quest to get a new liver. What else is new? Wake up and smell the curry, fellow Americans. This is the way the greater world operates.

In China, where my cousin Larry and I went to get him a kidney two summers ago (despite the official Chinese restriction against Westerners doing so), jumping the line is so commonplace as to be unworthy of comment. No one gets angry at a pretty secretary or harried businessman who cuts in front; everyone just takes a half step back and resumes gesticulating on their cellphones. If anything, there’s a grudging admiration of such blatant self-advancement.

First come first served, that’s the American fantasy. But in fact strength and speed prevail, as they tend to do in other contests. Dog eat dog. Darwinism of the waiting line. Call it what you like, it’s not only accepted in most places around the globe, it’s expected. No wonder there’s so much medical tourism — up to 10 percent of the world’s transplant surgery. 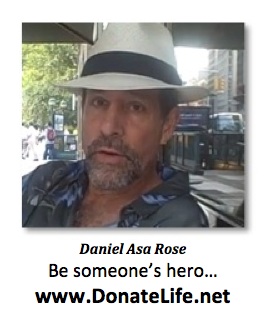 In light of this larger reality, may I suggest that we’re misdirecting our moral outrage when we take it out on Steve Jobs? It’s not the line-jumpers of the world who deserve our indignation — it’s the American system that makes us wait in line to begin with, the result of policies that impoverish the supply of organs available for transplant.

Say you need a kidney, the organ most needed the world over. If you sign up today, the wait in most American states will be 5 to 10 years, depending on your underlying medical condition and how suitable a recipient you are.

Seem like a long line ahead of you? You’re not imagining it. There are 85,000 people biding their time, most of them on thrice-weekly dialysis that leaves them with an enervated excuse for a life the rest of the time. More than 4,500 of them died last year waiting. On average, that’s 13 people dying each day awaiting a kidney.

(Maybe you should hope for liver disease: there are only about 16,000 people on the liver waiting list, and one-third of them get their liver in any one year.)

Patients have even resorted to “domino transplants,” like the one recently in which 10 doctors in four hospitals transplanted eight kidneys among 16 patients. It doesn’t have to be this way. In our push for health care reform, only a few changes in our attitudes and laws could open the floodgates for organs and assure a plentiful supply for everyone who needs them. 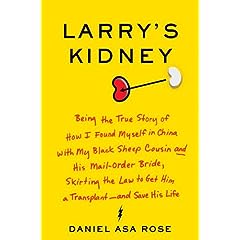 No one would need to wait more than a year for an organ transplant if we revolutionize organ donation in three ways: better finance stem-cell research so we can start simply growing kidneys; build better mechanical organs; and change the presumed consent option so that people would have to opt out of donating organs rather than opt in.

As much as I’m looking forward to robotic and vat-grown organs, this last option could be achieved tomorrow. All lawmakers would need to do is reverse the donation default — that way, unless you go out of your way to specifically state you don’t want your organs to be donated after your death, they will automatically be considered available.

Several countries, including Belgium and Norway, have done this with encouraging results. The most successful country of all is Spain, where presumed consent has resulted in a “conversion rate” (that is, the percentage of potential donors who actually donate organs) of an astonishing 80 percent to 85 percent.

It’s all about finding psychologically astute ways to make donating your organs easier than holding on to them. Perhaps we could just try appealing to people’s innate narcissism. I’d love to see a bumper sticker that declares: “Live Forever! (Or at Least Parts of You.) Donate Your Organs!”

Simpler still, we could make motorcycle helmets optional, as my cousin Larry suggests. But that’s just Larry being Larry. Don’t get mad at him.

Daniel Asa Rose is the author of “Larry’s Kidney: Being the True Story of How I Found Myself in China With My Black-Sheep Cousin and His Mail-Order Bride, Skirting the Law to Get Him a Transplant ... and Save His Life.”

Our thanks to Daniel Asa Rose and the New York Times for allowing us to REpost this important story.
Please visit the New York Times at: www.NYTimes.com
Visit Daniel at: http://www.DanielAsaRose.com
and PLEASE, give the gift of life here: www.DonateLife.net