Tax Tip of the Week!

The act of Bartering is when you exchange goods and/or services in lieu of of money. Even if you barter for someone else’s products and/ or services, you will need to report the fair market value of that product and/or service you received…

Sign up for their Daily Deelz network and earn CASH BACK!
Learn more about Daily Deelz here: http://www.ConnectToDeals.com

The Sandwich Generation - Is this you?

... Psychologist, Founder and Director of the Center for Personal Excellence

Probiotics for Weight Loss,
Health and Immunity - Health or HYPE?

Note:  You can click on links in article to go direction to supporting research papers.

Did you know that 70-80% of your immune system is controlled by living organisms in your digestive tract?

Probiotics for Weight Loss and Immunity


Did you know that 80% of your immune system is
controlled by living organisms in your digestive tract?

Our digestives systems are loaded with over 100 trillion bacteria, both good and bad.  The metabolic activities performed by these bacteria resemble those of an organ, leading some to liken gut bacteria to a "forgotten" organ. It is…

So many of my clients have expressed their frustration and confusion when trying to sort through the masses of information around and about Medicare and Medicare Supplement Plans.

This article is not going to clear up all of that confusion. However you will find some very helpful…

Join us for the OrlandoBands.com Networking Party at The Historic Cameo Theater in Orlando! Event Starts at 7:00 PM and will feature a diverse open mic, backline equipment provided! Just bring your guitars and pedals, plug in and show us what your band can do! Also, tons of Terrific Vendors to meet and special guest appearances by The Getbye, and Bishop Wayne!

Don't miss out on the perfect opportunity to mix, mingle and show off...… Continue

What You Don't Know About Medigap,Medicare Supplement Plans Can Cost You.

Selling or Buying a Business??--the Law of Supply and Demand applies

As the economy slowly recovers, buyers’ confidence level increases and with that comes a greater demand for businesses available for sale.  Buyers, who were waiting for the bottom of the recession to hit prior to making a decision on buying, now find themselves competing for quality businesses in this market.  However, as can be…

The Best Kept Secret For Internet Marketers: Marshall Sylver and Get Rich Radio 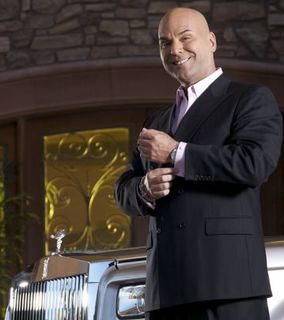 If you have not heard of Marshall Sylver and Get Rich Radio, then you are about to be enlightened.  Marshall Sylver is known as "The Millionaire Maker."  His resume speaks for itself once you see his accomplishments but more importantly, he is one of the most respected and sought after individuals living today.

What Marshall Sylver has done, is put together a Radio…

Check out our next Seminar! Our guest will be Veit Renn, 60 million records sold as a producer and Songwriter, Veit also has become an accomplished engineer, He is co-owner of RMP Studios Inc., and continues to work on projects with various artists and has started his own label called “Celerity Records”. Veit is currently signed to Universal Music Publishing as a songwriter.

Details can be found at the link below: …
Continue

January is over, already?! We had a terrific time bringing in the new year. Our team managed to get over 500 new members signed up and registered on OrlandoBands.com, breaking an all time record! Thanks to all of our new members for your support, and its great to be rockin with all of our long time supporters. Here are the…
Continue

Even the savviest businesswomen get their inspiration from somewhere.

Women need inspiration and motivation, and a place to grow and excel.…

"Shake Yourself Slim" is a simple and fun 90-day challenge that will help you transform your body while you save money!…

Happy New Year! Are you ready?..

Selling or Buying a Business??--A Testimonial

In my last blog, I mentioned that Business Brokers add value to the process of buying and selling businesses.  This week, I would like to share with you a testimonial about our services from a recent buyer.  Indeed, we, the Transworld Business brokers, can change someone’s life and make dreams a reality as we go about our job in “adding value to the process.”

May your stuffing be tasty, May your turkey plump, May your potatoes and gravy Have nary a lump. May your yams be delicious And your pies take
the prize, And may your…
Continue

Oh, this one is VERY CLEVER! If it isn't, I'm just getting paranoid!

It comes with an attachment, but DO NOT OPEN IT!!!!

It is sent by someone who says he is Albert Wagner and the Subject line reads: "Vacancies". I recommend you read it, so you can see how clever he is. : )

Candy bars and milk for breakfast?!

Why not! Better start munchin' away on all that Halloween candy before it melts into the dash of your car! We have a TON of things happening into
November, cleaning my vehicles…
Continue