Death & Taxes? How about Golf and LESS Taxes?

Death & Taxes?
How about Golf and LESS Taxes?
a clever and fun strategy for success

Death & Taxes – How about Golf and LESS Taxes?

If you could increase your sales, grow your business,… 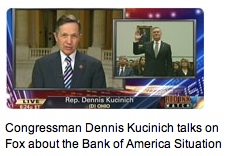 "We have been led to believe that we must make our health care choices only within the current structure of a predatory, for-profit insurance system which makes money not providing health care. We cannot fault the insurance companies for being what they… Continue

Anyone that has been in the market for a new home over the last year has surely seen information on the $8,000 tax credit for first time home buyers. This tax credit was due to expire on November 30th and closings must have happened on or before November 30th to qualify. Unfortunately, this deadline put many home buyers that were still searching for their perfect home, or in the middle of a long and complicated contract out of reach of their $8,000. The tax credit is now due to be extended! The… Continue

Selling your Business??--Consider an Exit Strategy

In one of my recent articles, I discussed profitability (Owners Benefit) as one of the key elements in determining a business valuation. I mentioned that if a business generate limited or no cash flow, it normally can only sell its tangible assets—receivables, inventories, furniture and fixtures and equipment.—for a nominal amount. Yes, you may get more than the book value, but I find it rare. Unfortunately, over and over again, sellers come to me wanting to sell their business at a point of no… Continue

Why Discount? Because, It's Better To Be Safe Than Sorry

Why is that I have to hear over and over again friends getting sick, getting hurt, having heart attacks and having no coverage at all and then not knowing how those bills are going to get paid.

When I have a solution, that I have had for years and every time I would mention it, friends would say oh, I don't need that or oh, that's not insurance or oh, I can't afford anything.

That just drives me crazy. Do you drive around without any car insurance. Do you live in a home… Continue

Simple online job for posting ads in classified ad sites and earning for every ad posted.

Democrats say the McCarran-Ferguson Act of 1945 has granted the insurance industry a captive market with no curbs on price fixing and other anti-competitive practices.

Selling your Business??--Can you sell something with no value??

As I go on listing appointments, I caution sellers that there are two ways in which one can normally value small businesses (notice the word “normally” and “small”). One way values Tangible Assets, such as inventories, receivables, furniture, fixtures and equipment. The other uses a multiple of Owners Benefit (Operating Profit plus owner’s salaries, depreciation, amortization, interest and personal benefits charged to the business). In other words, if your business generates minimal or no… Continue

Why Is SEO So Important?

If you are in an MLM, you most likely have websites that your company has created for you. All you need to do is plug in your photo, name and contact information. These sites are what they call replicated websites. These websites are fine for some information and for signing up new reps, members and… Continue 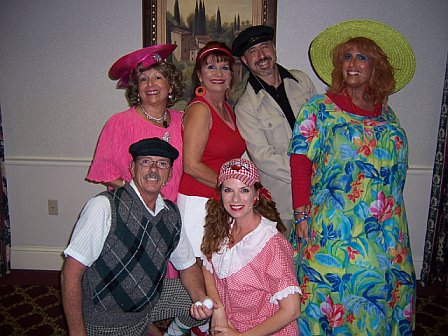 A few years ago, Melanie was living the American dream when she transformed an old Domino's storefront into an expansion of her home business. But just as the store was opening, Melanie was diagnosed with stage four breast cancer and told she had only months to live.

Melanie had insurance, and she went straight to the experts at Siteman Cancer Center in St. Louis. Working with the world-renowned doctors… Continue

Learn from those who lost it all—Perform a Due Diligence Prior to Closing on a Business Transaction!!

It’s the same old story. A buyer enters into a Purchase Agreement to buy a business, normally with a provision to conduct a due diligence within a 10-15 day period and, (guess what?) fails to do so. As a result, the buyer goes to closing, signs all of the documents required to transfer ownership only to find out later on that what he bought is not what he expected. As a result, the new business owner losses, in most cases, all of their liquid assets. It is a story which I find repeating all the… Continue

Most individuals and companies have experienced some kind of transition along the way, some transitions are exciting and fun and other transition is stressful and depressing.

Having moved almost 5 years ago from the UK to Orlando I found the transition quite smooth, exciting but with an added amount of stress also.

The reason for this is, I have moved lock, stock and barrel before, from Scotland to England, England to Australia and back to England and I knew to do quite a… Continue

LAST August, Britt Aboutaleb, a New York-based blogger, wrote a post for Fashionista.com, a beauty and fashion Web site, about her… Continue

How To Move Past Those Negative Words And Into Action!

Everyone goes through the; I should have and of course that is the worst thing you could do, is ‘should on yourself’. It’s already in the past, so leave it there. The present is what’s most important. You want to make goals for the future, and having short term goals are the best. You’ll want to have one big goal that is off to the future, with many short ones to get you to there. With short goals, they are easy to follow, taking each step, by step, by step. Plus, make sure you are having fun… Continue

Selling your Business??—Why it makes sense to provide Seller Financing in this market.

Let’s face it, many buyers today are hindered by their ability to buy because banks are unwilling to provide business loans to the extent of a few years ago, if any at all. It is, to say the least, difficult to get financing. As a result, sellers have now replaced banks by providing Seller Financing. In this market, if sellers failed to do, they may not be able to sell their business or it may take years in which to do it. Here are some reasons why sellers should provide… Continue

During one of my listing appointments, I met a seller who wanted to sell his business in order to improve the quality of his life—he wanted to spend more time with his family. According to him, he spent over sixty (60) percent of his time doing things that had nothing to do with the actual operations of the business—the back office stuff.
He complained that the forty (40) percent he spent focusing on his business, although enjoyable, was not enough to provide the kind of bottom line… Continue

During the week, I had a discussion with a very talented individual whose job is to help businesses “get well” financially through leadership development. He asked for my opinion regarding valuation and exit strategies. The essence of his question dealt with a topic in the mind of many-a-business: when can I sell my business in order to get the most value?

Now, I know that many of my colleagues may have their own answer to this question. However, I gave him a very simple answer:… Continue

I got this one from a friend last night and read it cover to cover. This should help us all get to the next level in regards to marketing on social networks and social media.