What do Brian Tracy, top Sales Trainer in the world, and Ivan Misner, founder of BNI, the largest business networking organization in the world, have in common?

BOTH are founding members of www.iLearningGlobal.tv

You are invited to learn about ILG on this Global MasterMind Call.... TONIGHT / Tuesday, Jan 12th.

The call is hosted by ILG President Boyd Matheson, with James Radina, Eric Allen, TR Garland and... of course... 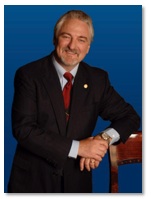 After the call... contact SUE at 407-443-0348
to learn how you can be a part of this... or visit the Connections ILG site at: www.iLearningGlobal.biz/Connections

Dr. Ivan Misner is the Founder & Chairman of BNI, the world's largest business networking organization. BNI was founded in 1985. The organization now has over 5,500 chapters throughout every populated continent of the world. Last year alone, BNI generated 5.6 million referrals resulting in $2.3 billion dollars worth of business for its members.

Dr. Misner's Ph.D. is from the University of Southern California. He is a New York Times Bestselling author who has written twelve books including his latest one, Networking Like a Pro. He is a monthly columnist for Entrepreneur.com and is the Senior Partner for the Referral Institute — a referral training company with trainers around the world. In addition, he has taught business management and social capital courses at several universities throughout the United States.

Called the "Father of Modern Networking" by CNN and the "Networking Guru" by Entrepreneur magazine, Dr. Misner is considered to be one of the world's leading experts on business networking and has been a keynote speaker for major corporations and associations throughout the world. He has been featured in the L.A. Times, Wall Street Journal, and New York. Times, as well as numerous TV and radio shows including CNN, CNBC, and the BBC in London.

Dr. Misner is on the Board of Trustees for the University of LaVerne. He is also the Founder of the BNI-Misner Charitable Foundation and was recently named "Humanitarian of the Year" by a Southern California newspaper. He is married and lives with his wife Elisabeth and their three children in Claremont, CA. In his spare time!!! he is also an amateur magician and a black belt in karate.

Looking forward to hearing you all on the call. Dial in at least 5 minutes early!